Looking to learn how to make a music video? There are a lot of different parts that go into making a video. In this article, you will learn the major steps in making one and soon you will be on your way to releasing your own!

Start With Your Best Track

The first thing you need is a song. Don’t just pick any song, pick a good one. When picking a song, be aware of how long the song is. This can make creating the video longer than you wanted to be.

When trying to pick what song should be in the video, consult with your band or producer and it’s also a good idea to get other musicians’ and producers’ opinions so you’re getting an honest answer. After you find the right track, it’s time to move on to the next step.

Before going out and getting everything for the video, make a budget. Knowing how much you want to spend can help you save money and the last thing you want to do is go over budget.

What Kind of Video Do You Want?

How are you going to tell the story of your song? Are there going to be other people in the video? Having a clear image of the narrative will help the making of the music video go by much smoother.

How is your video going to look? Is it going to be colorful, gloomy, or a mix of both? Figure out if you want it at one location or if you want to shoot it at several locations. Consider if you want to rent a studio to film or just find a cool spot.

What you want to shoot

This doesn’t mean put down every single shot you want. It should be used for the big idea of the scenes. This is a good way to express your ideas to your crew as well as take in any ideas that they might have.

Where you want to shoot

After figuring out what you want to shoot, you need to figure out where these scenes will be taking place. This allows you to see what scenes would work best in a certain location.

How you want to shoot

You can go about filming in many different ways. What angles do you want the cameras to be in? Are there going to be close-ups? Is the camera going to be focused on you most of the time? These are just a couple of different questions that you should be asking yourself.

The storyboard is one of the hardest parts of learning how to make a music video, so take your time with it.

Get the Equipment and Crew

Now that you know where and who is going to be in the video, it’s time to get the equipment and the crew together. Figure out what equipment you need such as different types of cameras such as drones, which software you are going to use, lighting, and any other equipment you think you will need. For the crew, you need to think about who the cameramen are, who’s in charge of the lights, and whoever is going to be in the music video with you. One of the most important people is the editor. They are the ones that are really going to bring your vision to life. Once you have everything set, it is time to begin shooting!

How to Make a Music Video: Conclusion

Finally, you are all finished filming, editing, and posting your video. Learning how to make a music video can be difficult especially when it’s your first time doing it. If you follow these steps, it should make it an easier and more enjoyable process. 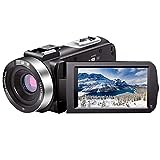 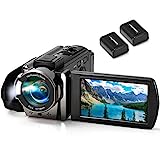 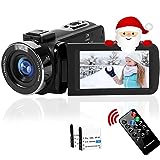