So, why do LED lights flicker? Well, all lights that are hooked up to utility power flicker. They just usually do it too quickly for it to register with your eyes and brain. The question you really want the answer to is, “why is my LED light flickering so slowly that I can see it with my naked eye?

When flicker becomes perceptible, it can cause migraines, general malaise, and even seizures. And some are sensitive to flicker even when it is only perceived subconsciously. So it makes sense to call an electrician if your LEDs are noticeably flickering.

Well, first off, a simple and common explanation is that the voltage running through the wiring in your home is in flux. When you use electricity to power different things, turning them on and off, the voltage fluctuates. This may be the source of your problem. You know, Ockham’s Razor and all that.

Not Using an LED Driver

LEDs have no persistence. In other words, when you turn them off, there is no residual light. So if they are hooked up to alternating-current utility power in the US, they will turn on and off 60 times per second, which is just above what can be detected by the human eye.

Luckily, electricians don’t do things this way anymore. Nowadays, LEDs get hooked up to special LED drivers. These ensure that the flickering is not a problem. But if you don’t live in a new house or didn’t have your LEDs installed recently, this might be your problem.

This is why you need a driver that will switch you over to direct current. If you shell out the big bucks, you’ll end up with a driver that will power your LEDs with a continuous current of electricity. That will ensure that you won’t be seeing any flickering. But a cheaper driver can still double the frequency of your input-voltage.

That would mean your lights flicker 100 times per second instead of 50, for example. That is a marked improvement. This is especially true because most people wouldn’t be aware of flickering happening that fast. We start to detect it at around 50 or less.

To give you some context, the screen on your computer—who am I kidding; you are on your phone—is most likely flickering right now at between 60-70 hertz. So, if you are noticing little flickers that are barely perceptible, congratulations, You just discovered an inconvenient superpower. I’ll notify the X-men. I would say the Avengers, but I am not sure you would be on their radar with a lame superpower like that.

If your LEDs are flickering particularly regularly—every second or so, for example—that might be your driver telling you it is tapping out in morse code. Okay, it’s not speaking to you in morse code, but it could be an indication that your lights are using more power than it has to offer.

If this sounds like your situation, you will want to invest in a more powerful driver or multiple smaller drivers. And while we are on the subject, using some other types of bulbs—like an incandescent bulb—along with your LEDs on the same circuit will likely cause flickering. This type of bulb will hog all the power, leaving your LEDs starved for electricity. Once again, the lack of power will cause flickering.

Your pesky flickering problem could also be caused by faulty wiring. Another common reason for flicker is combining LEDs and dimmer switches. The two are known not to get along particularly well.

So, we have discussed that all lights on utility power flicker. This is the result of an intentionally implemented on-off cycle. A dimmer switch protracts the off part of the cycle, which results in decreased brightness. This is called Pulse width modulation or PWM. It is tremendously effective, but if the frequency of switching on and off reaches a level low enough that our eyes start to pick up on it, it becomes a problem. Many times, you can rectify this simply by refraining from dimming lights so low.

How LED and Incandescent Bulbs Differ

Back in the day, the flicker was much less noticeable with incandescent bulbs. This was because the bulbs generated their light by heating the filament, which would glow, providing light.

The flickers still happened, but we didn’t pick up on them because the bulbs had what is called “persistence.” To put it simply, the glow of the filament would continue even between flickers. This was caused by the inefficient waste of energy that occurred when using these bulbs. Roughly 90% of the energy used to power the lights was lost through heat expenditure.

Why Do LED Lights Flicker: Conclusion

So, why do LED lights flicker? Now you can tell me. And you can flex on your friends with all your newfound LED knowledge. 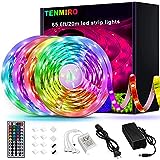 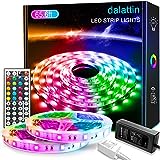 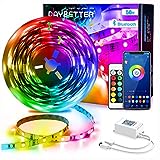